One of my absolute all-time favourite anime series is Tengen Toppa Gurren Lagann, a superbly drawn story about humanity struggling against an oppressive world filled with beasts piloting giant robots. It's hilarious, exciting and emotional, so check it out if you haven't.

The show gets it's name from the portmanteau of the two mecha Gurren and Lagann, piloted by protagonists Simon and Kamina. The mecha fuse together to become the ultimate machine - Gurren Lagann.

Fighting for the liberation of humanity it wields swords, drills and even sunglasses as a weapon! It has an iconic style and it's popularity has ensured plenty of action figures and model kits have been created in celebration of it. 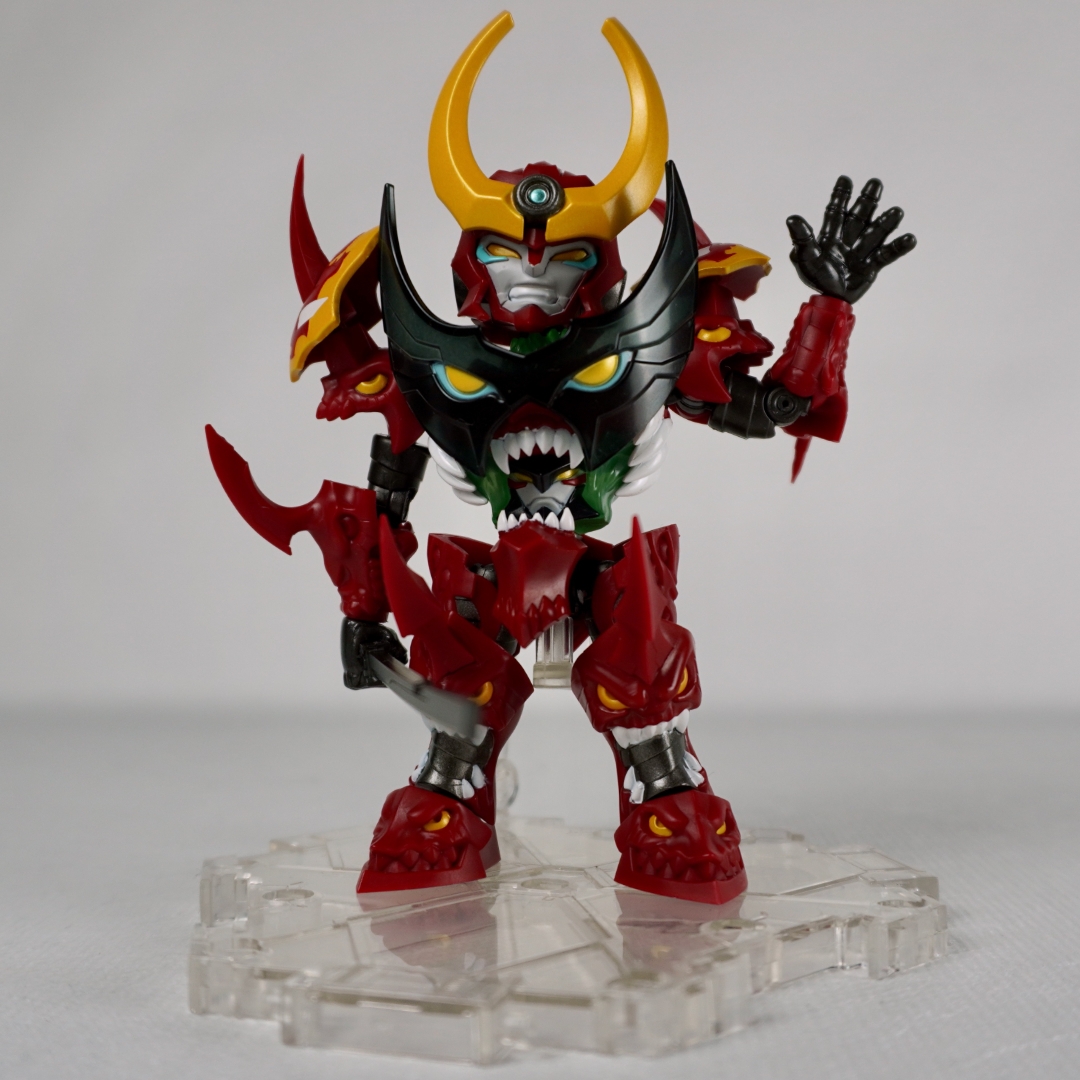 Laura was kind enough to buy me the "Bandai NXEDGE Style Gunmen Unit Tengen Toppa Gurren Lagann" figure as a gift some time ago. It's part of a range of super-deformed action figures with mecha from franchises like Gundam, Evangelion and Digimon, so it aligns quite well with my tastes.

Inside the box you get Gurren Lagann (at about 10cm tall), some clenched hands for holding swords, open hands for waving and other poses, drill arms, translucent green flames for his rear, a base and several clear parts that allow you to pose him in a variety of ways.

I'm quite fond of making the pose with his drill hand pointed at the sky - even in super deformed style it's quite an inspirational view. The goofy waving pose is also nice, I'd be tempted to pop him on my shelves like that if I had any room.

Like some Figma kits I've had in the past, attempting to get the parts into the pose you want can be tricky, there's a lot of joints and things that can move around when you're doing this, but once you settle him in place he's quite rigid.

Here's some images of the big red fella and what you get in the box. Click the thumbnails to see a larger, better quality image... 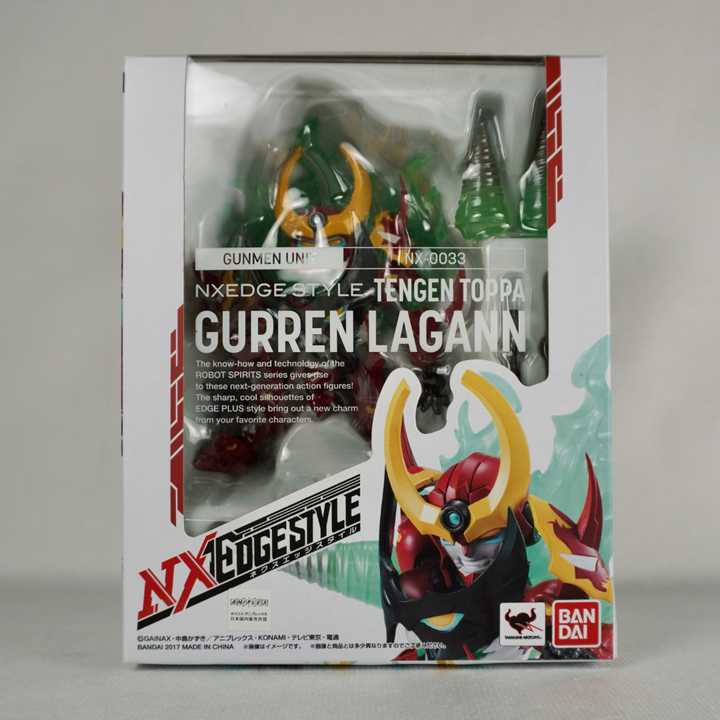 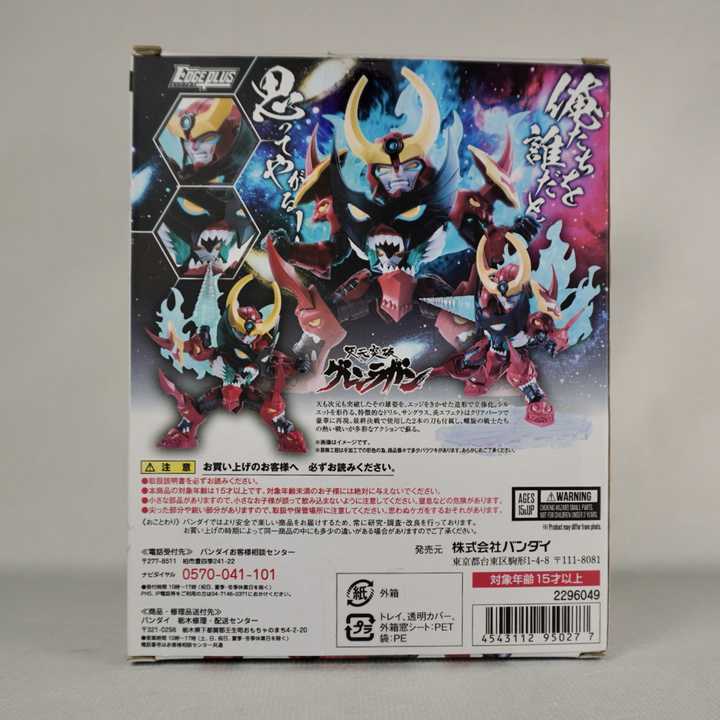 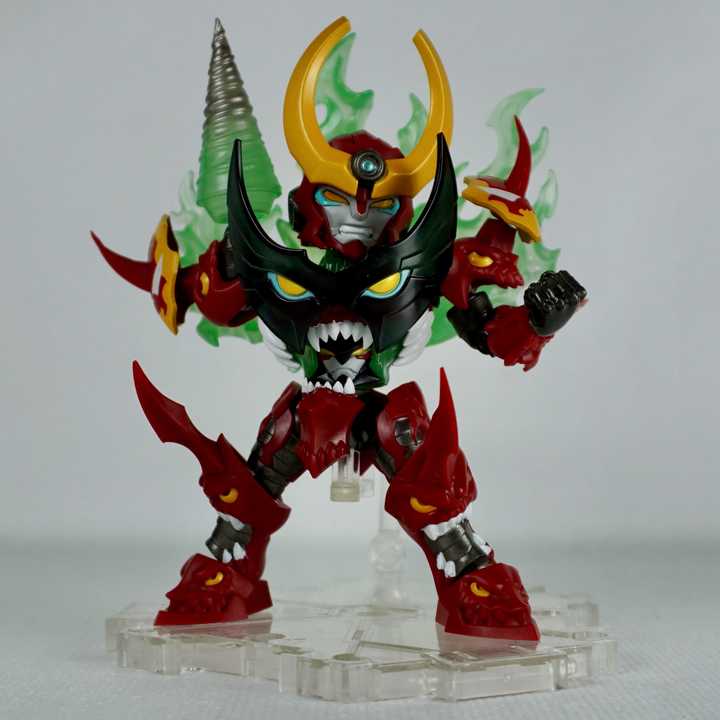 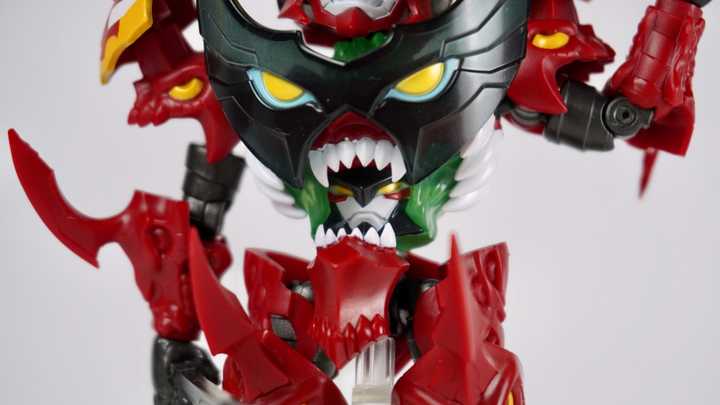 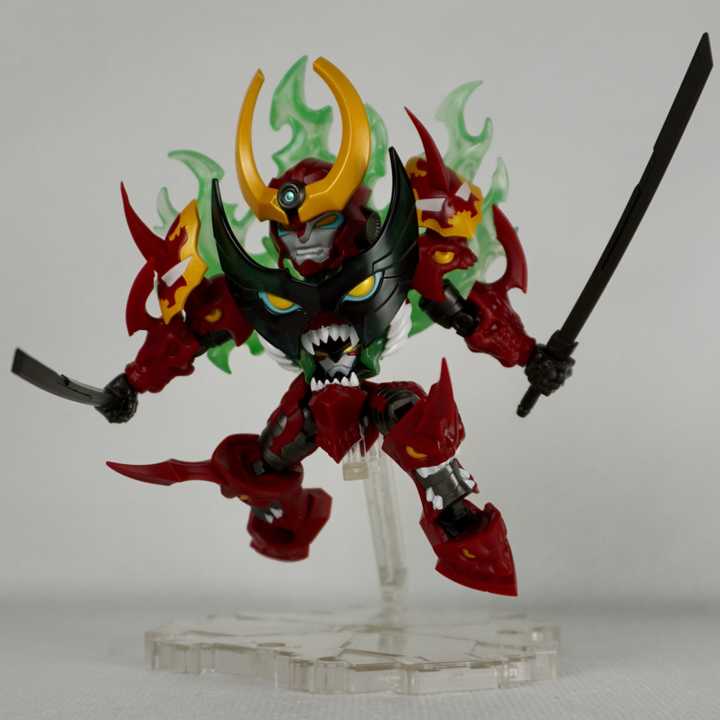 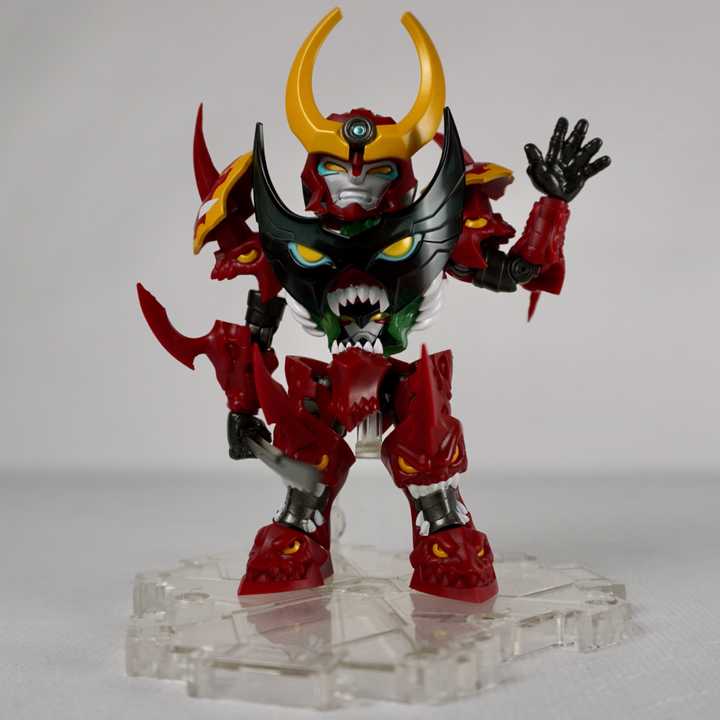 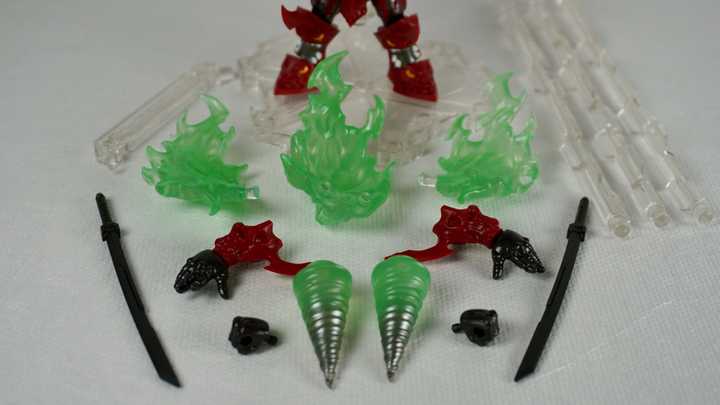 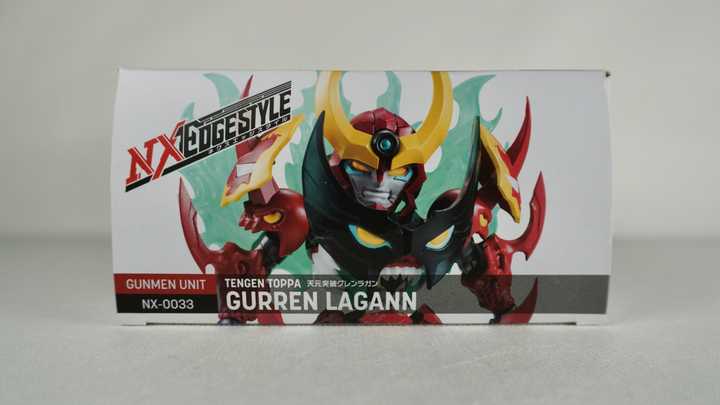 One of the things I wanted to try and do was put the action figure onto a lazy susan and get a video of it spinning round slowly so you could appreciate it from all angles. I'm just getting used to my DSLR so the quality of this is not very good. It also doesn't help that the lazy susan I bought from Amazon was cheap crap.

If anyone has any recommendations for decent rotating plate type things, let me know...

Anyway, that's all for now, hope you enjoyed looking at the big red fella as much as I did. Take care, and remember - God gave us eyes at the front of our heads so we can look forward to the future.