This article was imported from a previous iteration of this website. Some of the content herein may be out of date, irrelevant, or contain dead links.

I'll do my best to update this post in the future with corrections if possible. For now, sorry for any inconvenience 🙏.

One of the things I wanted to do this year was watch the entirety of Futurama. It's a show I watched until its first cancellation in 2003 and my wife still has the first 4 season box sets on DVD, but for some reason we never got round to watching the new episodes when the show came back to life in 2008.

I'm watching it on Amazon Prime Video, makes for pretty binge-worthy viewing, but I wanted to stop at the end season four and give myself time to play the PlayStation 2 tie-in game which I'd picked up at Lees Games (my local retro games store). I figured it would be nice to see the extra work that was done and if it formed part of the overall plot of the show at all.

On first viewing, it's pretty hard on the eyes. I'm not using Open Source Scan Converter or any other nifty gadget to upgrade the image, I just whacked the PS2 analog cables into my 4k televisions component holes and the fact it even worked was good enough for me, but boy is it rough around the edges, the leap from 2d to 3d was not a good one. 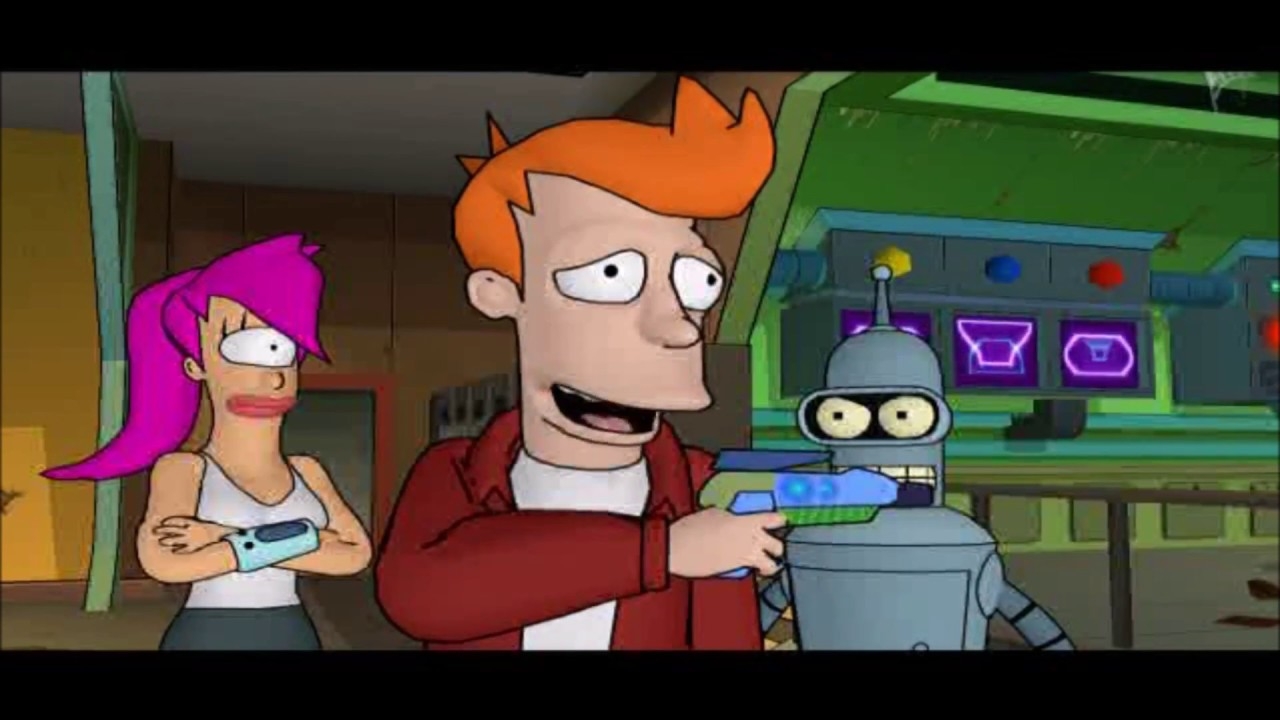 Looks aside, however, the characters are fully voiced by the actors from the show, the music is a sort of chilled blend of Fatboy Slim style beats and samples of dialogue from the show, and there's plenty of easter eggs and other quirky shout-outs to the show going on in the background of most levels and the loading screens. At first glance it seems like a decent counterpart to the show.

But then I started playing it. I'm not the worlds greatest lover of platform games, especially 3D platform games, but I'll give anything a fair go. The enemies are insanely accurate at shooting you, the traps and pitfalls that fill up most of the levels require an obscene level of precision. I was not having a good time and frankly I was ready to fuck it right in the bin.

Thankfully I remembered GameFAQs - a site I hadn't thought of a long time - they had a handy list of cheats that let me cheese my way through the most unbearable parts (I'm looking at you, Zoidberg swamp level) and see the game through to the bitter end, and make it number 6 on my list of games completed in 2020.