This article was imported from a previous iteration of this website. Some of the content herein may be out of date, irrelevant, or contain dead links.

I'll do my best to update this post in the future with corrections if possible. For now, sorry for any inconvenience 🙏.

A mammoth day for my backlog, with two more titles joining my 2020 completion list!

First, something I have been playing on an off for the last 6 months on my phone - Konami's PIXEL PUZZLE COLLECTION. It's hands down my favourite nonogram game on the App Store, and I have tried nearly all of them. I think what made it feel so good was that it never attempted to try too much - some games go for larger and larger boards, but that just ends up being a battle against their control scheme more than a battle against logic itself.

It's been a regular time killer, whether I have a spare minute waiting for the microwave to bing, or am sat on a delayed train to somewhere, I always knew I could pop out this app and have fun. It had no online servers, no microtransactions, no gatchas and generally wasn't full of the things that make free-to-play games on phones such a chore these days.

When I got that final boss puzzle done (which was a bit of a pain waiting for 3 hours to elapse between rounds when all I had remaining was boss puzzles) it popped up with a message saying "Normal Mode Complete! Now move on to expert..." or something along those lines.

My heart sank, I'd been getting closer to the 100% mark and hoping to be done with this game. Fortunately expert mode is something I can happily bin off, it's just the exact same puzzles but without the ability to mark off dead squares, so not really something I'm going to get any enjoyment out of.

As readers of this blog will know, I wanted to start the year with Super Mario Odyssey but ended up playing Super Mario World first. Well I got around to it eventually and let me tell you this game was equal parts fun and frustration, if it wasn't for the fact it was a Christmas present (and I am an obsessive hoarder) I would probably go and trade it in now I'm done!

Sometimes the level design brought a smile to my face, the way you could uncover crazy secrets and really throw yourself into the hunt for every last moon or purple coin. And sometimes it made me want to throw up, or worse throw the bloody pad out of the window, with awkwardly placed platforming and nauseating camera work that gave you a really skewed sense of depth and positioning, resulting in many deaths.

The joy found in the diversity of the level environments was offset by my frustration at what a strange, buffoon-like creature Mario came across as. I think I've tried all the 3D Mario games and never got on with any of them, so I've not witnessed the evolution of this character. I think being a child of the 90's, in my minds ear Mario should sound like Lou Albano or Bob Hoskins, more than a reject from the Tellytubbies.

I'm not saying Mario needs a gritty reboot, but could someone please patch in a Brooklyn accent pack, like they did with Danny Dyer in Rage 2? I'd buy that for a dollar! 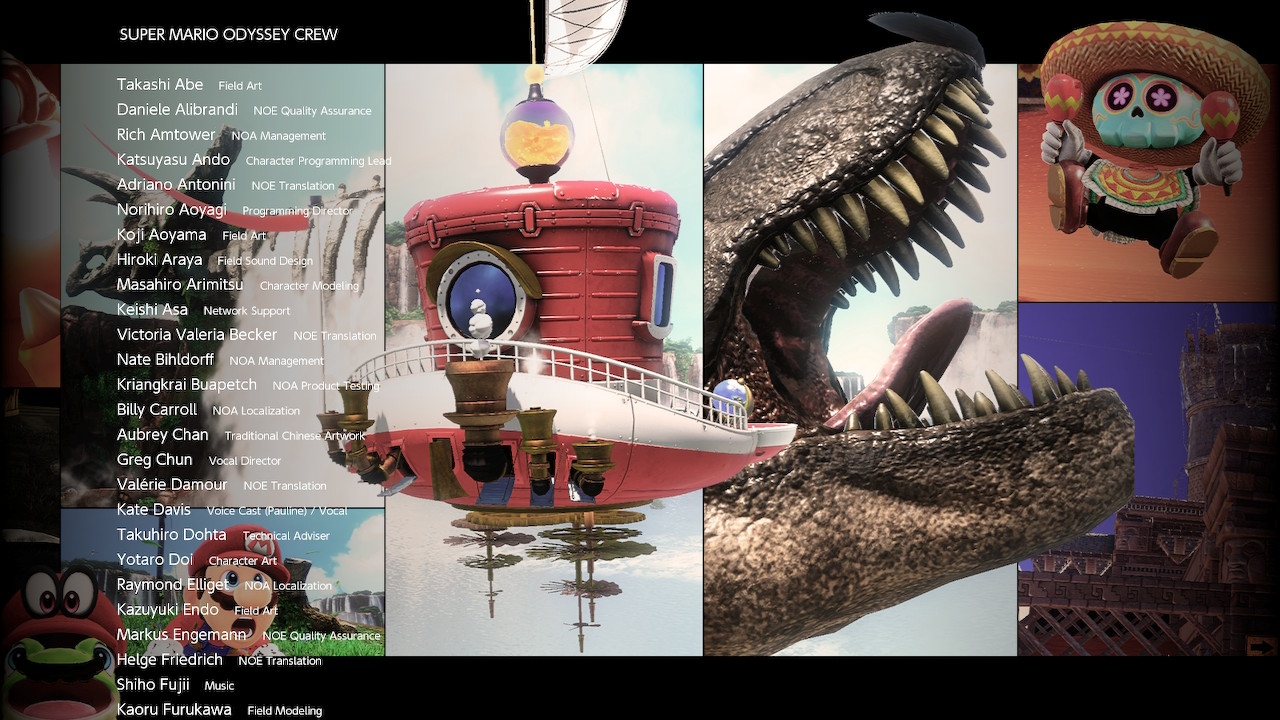